Tone Character of the Electric Guitar

It’s a very common opinion among players that the tone of the electric guitar is mostly created and shaped by the pick-ups. And it’s true. I mean what you listen to is certainly the sound that magnetic microphones pick up from the guitar.

But I like to see it in a different way. If you listen to a singing voice, are you hearing the voice of the singer or the tone of the microphone? If you have ever recorded in a studio, you probably noticed how each different microphone gives a different feel to a singing voice and how singers feel more confident or just sing better, if they are able to hear their voice better or if they find their favorite tone or the tool that best suits them. There is some work behind getting the right reproduction of any sound sources.

Microphones and guitar pickups are in the same family. They both capture sounds. They are the intermediary between production and distribution. Each one has its own features, range and personality that can cooperate with the source of the sound to obtain the final result. Some singers, just like some guitar players, like to have a microphone with different ranges of warmth, or more or less articulation. Sometimes it is even difficult to describe the quality of reproduction, as it can just be a matter of how it feels.

I remember an interview with Stevie Ray Vaughan, in which he described how his beloved No.1 let him play in one way, while another instrument, the cream, maple neck, gave him more urgency, more nervous shredding due to the different responses of the two instruments. If you play guitar, you know what that means: If you talk with a relaxed and calm person who speaks softly and slowly, you will tend to become relaxed yourself, gradually adopting their demeanor and becoming influenced by their vibe. If you play table tennis with a racket of plain wood and then with one with a soft rubber surface, you will find that two quite different forces and angles have to be applied for you to strike the ball successfully.

To me, guitars are not just tone, but mainly responses. Responses are dynamic interaction between players and the instrument. Different instruments let us play in slightly different ways, as each one gives back to the player in a different way. This results mostly from how they are made: construction, features, woods, parts.

I have often tried to demonstrate the different tones of a set-in neck compared to a bolt-on neck attached to two identical instruments. When I recorded the test at a public demo in a guitar show, the listeners could just barely recognize the difference. Some could not even do so. But if I asked players to check this themselves, passing them the two different instruments to make the comparison, they all recognized it very easily and players each described the differences in the same way. It is not just a tone in the sense of frequency response, but is a sensation of a dynamic. This is because the instruments have different characters derived from the different neck attachment structures.

While pick-ups are easy to substitute, not being immutable features, guitar character is something that belongs to the combination of various elements within each instrument. It can be modified in part just by finding solutions to alter or educate it. If you build two similar guitars you will get something very similar. Each element of the instrument makes a contribution in a certain way. So by applying the same elements you will achieve similar results. But like the human voice, each guitar’s voice has its own distinguishable, personal character. We get used to it. We learn to work with it. And we can come to love it, if it resonates with our playing.

As guitar builders, we have to concentrate on guitar character, as that will be the feature that will make it individual and unique and will always stay with that instrument. The design and engineering of the instrument will drive us, as will the consideration of how construction features will make use of vibrating string energy, and the particular resonance contribution we are looking for. What are our priorities, and how will the elements interact to compensate for or enhance a particular feature? Then, after that, we can choose the best microphone to reproduce it.

Each guitar builder has his or her own visions and recipes for creating a wide palette of different tonal characters, in order to be able to give players many possibilities and different choices. 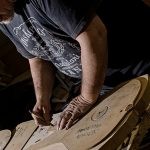 The Manne DifferenceEditorial, From the workbench, News 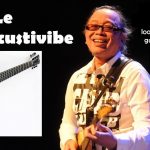