The theft of 12 Manne instruments

On 31 July agents of the investigation department of the penal section of Municipal Poznan (Poland) Police, arrested seven men suspected to be the responsible for the theft of 200,000 euros in music instruments and musical goods. The theft occurred on 18 April at the Frankfurt Musikmesse music show, where 12 Manne instruments and 6 Dreamaker amps were stolen. This theft occurred despite the fact that Musikmesse is one of the biggest trade shows in Europe with a huge level of surveillance personnel, police and security cameras.

Marco Ferrari of Dreamaker and I informed German police working at the Messe, and at home we started to look privately for the stolen instruments online, choosing not to share publically the theft but informing just colleagues, Manne friends and people that are experienced in looking for guitars in online shopping websites.

One of the instruments was spotted by Marco D’Andrea of Shangri Guitar lab . Since he knew about the theft, every day he looked and googled “electravibe” as a key word, being a particular and specific name just referring to the only Manne Electravibe ever produced, which was one of the stolen instruments. He found the guitar advertised on a Polish web site. Although the ad had already expired, it remained in a cache page and still visible on the web. The ad was published from Poznan, Poland.

So I started to call and write to the German police at Musikmesse where we did the declaration. No reply. They gave me a number to call where nobody ever replies. So I called the Frankfurt Police headquarters, they assigned me a Kommissar who, after one week, admitted they could not do anything about it, because “Europe in some cases still has walls”.

So I decided to write to the Poznan Police looking for their email address and asking if there was anyone speaking English with whom I could discuss an ad of stolen goods. The case was taken up by Agent–X who was fluent in English, assisted by Agent–Y who invited me to give them all the information of the case. So I sent to them the German police declaration with a list of the stolen instruments. Each instrument had a specific page with pictures, serial numbers and features.

After some time Agent–X informed me that after they found new online ads, they followed them and found the goods, then arrested seven people ages 30 to 40 working for Wielkopolska, a company that performs construction and dismantling of trade show booths. After the admittance of the theft, they also admitted some of the instruments were already sold. After further investigation, the Poznan Police were able to find and recover five of the instruments. Seven people now risk five years in jail. Five other people who bought the stolen instruments received a citation for receiving stolen goods.

One guitar was sold, so agents went to a first buyer, then to another buyer, for a total of 900 km, taking then back the guitars. On 9 September, Marco Ferrari and I were invited in Poznan to receive back the stolen goods, where we meet people who work on the case. A press conference was also held at the police station.

Hard to belive how good, fast and efficient the Polish Police worked on this case. Also the course of justice looks to be so easy and fast in Poland. In a two–month timeframe, all was finished and settled, very well organized and a real service to community. In this case to the European Community.

Since then, two more instruments were found as they continue to look for ads online, and informed all guitar shops and repairers to be on the lookout. Incredible service and professionality. Just incredible!!

Very hard to compare this work to the other two countries. Germany: ringing phone so nobody replies and emails without any reply. Italy: I went to the commissariat. I rang the bell. On the doorphone I said “Hello I have a case of stolen instruments, they were stolen from me, and now I found them online”; the reply without even opening the gate was: “We can do nothing, go to the postal police in Vicenza”.

I had no time to loose so I wrote to the Poznan Police. Thanks Polish Police!!! Also, I was invited to go and play next year at the Police charity event held in the summer. Now we are busy translating our songs into Polish! 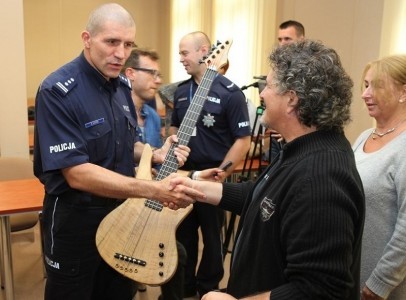 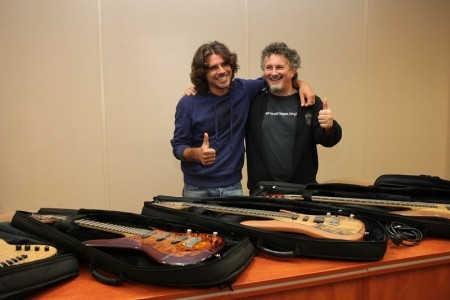 If you are A “Big Lebowsky” movie fan, you can notice the appropriate Tshirt I am wearing. 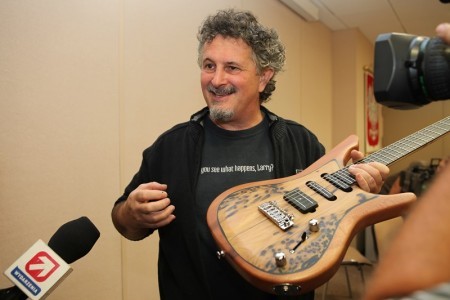 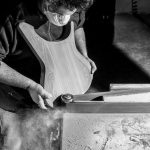 Sense and story of my guitar makingEditorial, From the workbench, News 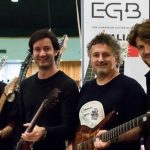