Music for Bass is a collection of my compositions inspired by different electric bass sounds. It is a new project called, District 9 Bunch, which is an open band. At the moment the band consists of myself, as well as a great arranger, plus cool piano player, Ugo Bongianni (who plays with Italian music star, Mina). Ugo arranged the songs with me and played all keyboards and drums, programming in the recordings. Later on we’ll involve other musicians in live concerts; we really like the idea of an “open” band.”
One of the songs is dedicated to Manne!

“CONVERSATION… this one is for my friend Andrea Ballarin of Manne Guitars (who builds my basses) and reflects the hundreds of emails we have sent each other. Speaking about the basses and the ‘right’ sound of pickups and bass bridges… I slap with my 4-string bass like I was in the seventies and trying to use some besttramadolonlinestore.com percussive ideas. “
https://bassmusicianmagazine.com/2015/06/music-for-bass-an-interview-with-andrea-fascetti-about-his-latest-cd/ 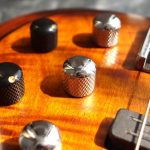 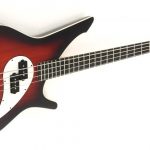