When a piece of Briccola (the Dolphins or poles which show the paths to boats in the Venetian lagoon) was shown to me, I though it was a good material to create a special project for the Holy Grail Guitar Show in Berlin.

The real challenge was the nature of this material. The European Oak (as the wood on the guitar) or Chestnut, during its working life dipped in the salty lagoon, is attacked by Teredos (Teredeo Navalis), a clam which creates channels in the wood, eventually causing the poles to break and the need for a new one. So the material eroded by these channels is extremely fragile. Alternatively, the remaining wood is very solid and strong, being composed of just lignin and salt.

What I needed was a 5 mm thick piece of Briccola, so I asked to have it cut at that dimension. How they did it is a mystery to me. Probably when it was still wet, when the material is much more robust. But then any attempt to work on it when dry would just turn into a thousand-piece puzzle…

So I found a way to stabilize it, embedded in resin. And then in cooperation with an old time friend Luca Peroni (Toky.srl.com) with a substantial experience with and knowledge of transparent resins, I found a way for the project to turn out successfully.

The key ingredient was specifically the transparency of the material that embed the piece, and that this material was able to become embedded in the worm channels, in all their depth and length, giving a 3D look to the resulting guitar top.
The guitar has a Sycamore body and usual Manne features. 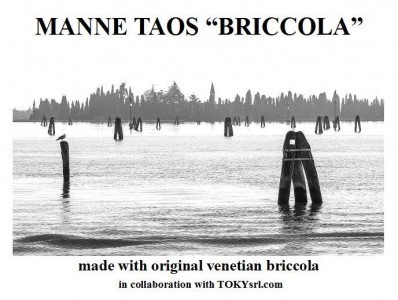 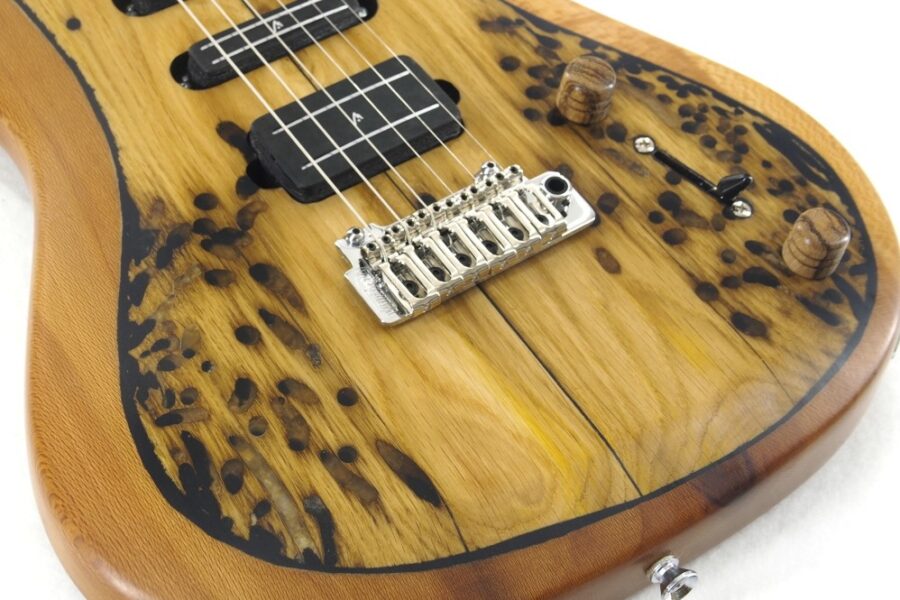 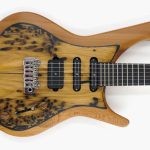 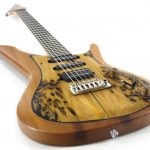 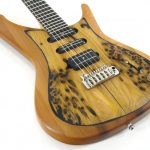 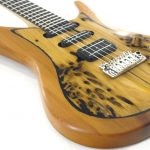 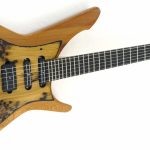 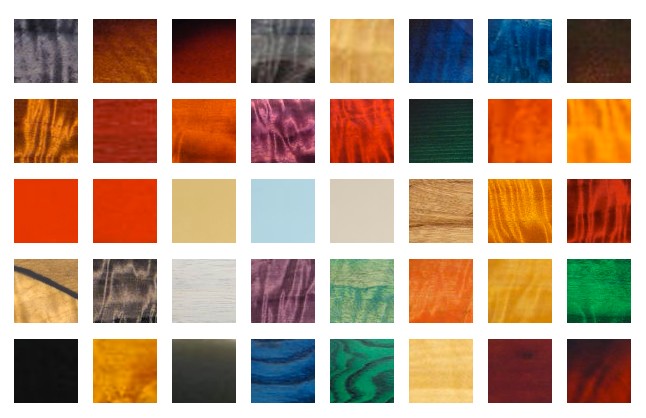 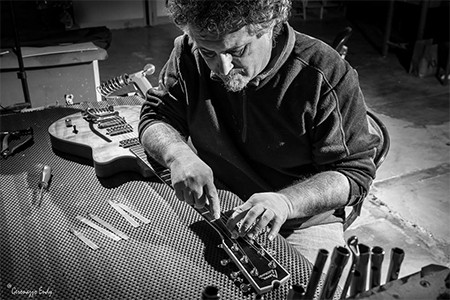 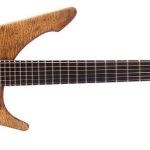