Stefan was born in Sweden in 1973. He started to play guitar at the age of 15, when he got his first electric guitar. After playing the guitar for 2 years, Stefan then took some private lessons with Jan Granwick (Glory). Stefan also took lessons from Mike Wead (King Diamond, Memento Mori)

Stefan subsequently played with a variety of bands but none of these groups had the stamina to continue as a band. This convinced Stefan to start his own band. The result was VINDICTIV which has so far released two albums, Vindictiv in 2008 and Ground Zero in 2009.

Stefan has also appeared as a soloist on albums with such bands as Phenomena with Tom and Mel Galley and with Soulspell – Labyrinth of Truths with Heleno Vale, Tim Ripper Owens, Roland Grapow and Jon Oliva. Vindictiv is currently in the studio recording a third album, due to be released later in 2011.

Stefan is honored to be endorsed by Manne Guitars.

“This is the most versatile guitar I have ever played! The thing I’m really impressed with is that every note comes out loud and clear! The guitar has amazing sustain, beating all the other guitars I have ever played. Thanks to all the guys at Manne Guitars, for building the most amazing instruments ever!” 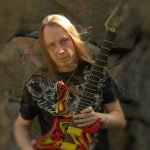 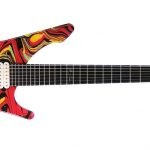 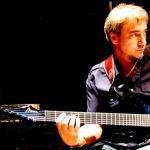 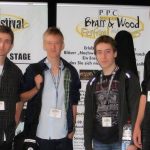