Srofase is a rock group from Vaasa, Finland and just released a video where a Taos can be noticed.

“Our music is melodic and emotional, rhythmic and hard rocking with a little progressive elements. Jupe and Pikkis , the group’s founders, began playing together in the end of the 90’s already. After about ten years break the same musical inspiration got them together again and a project called “Undoredo” was started.

The band Srofase formed in 2011 when Tony and Esa joined the group. This made it possible that songs got their place pretty fast and the first release 1804 (unsigned) was born. Music moves from one sound to another where e.g. interpretation of the singer can be sensed easily. 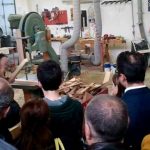 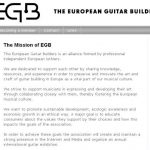 European Guitar BuilderEvents, News
We use cookies to ensure that we give you the best experience on our website. If you continue to use this site we will assume that you are happy with it.Ok