Luca Guidarini is a talented very young (19) jazz player and our newest endorser. Ready for a summer concerts with a fresh new band, he performs beginning in August at the Eddie Lang Jazz Festival at Monteroduni, Italy. Luca’s idea for his custom Manne instrument was very plain but very challenging. What he needed is simply a jazz semiacoustic tone with neck pick-up, not too muddy, and closed but articuated and competent jazz tone. But 7 stringed. Mmmh! Simple! Isn’t it? He likes so much the concept of the Manne Semiacustica, so I offered him an instrument development that exactly fit his needs.  It is a Semiacustica with a stop–tail bridge installed directly on a special tone block that gives the traditional Semiacustica tone which has been endorsed by so many international and Italian jazz talents including Gil Dor & Noa, Gianluca Mosole, Gigi Ciffarelli, Pietro Condorelli, Umberto Fiorentino, Giovanni Palombo, Horea Crisovan. But also we designed a special Mama custom pick-up just fitted in the project perfectly. I cannot tell you in words the results, but Luca and I agree, we are both very happy with it! I was not surprised as I know what I was expecting, but having confirmation of my expectations is very rewarding. And creating something that went a bit further than what we have already designed I the past is the constant day by day work here at Manne. 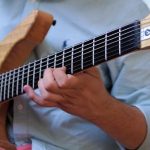 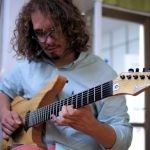 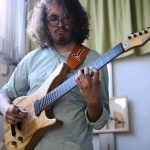 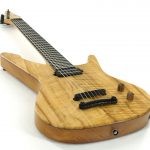 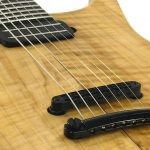 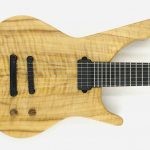 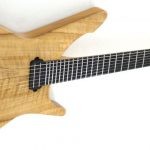 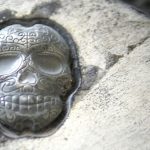 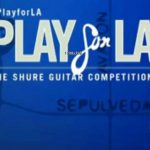