Giovanni is native from Schio (so we share our hometown!), but who has worked and lived in California and is currently working at Cern in Geneve.

Here is his report on his Manne Semiacustica 8-String:

“The passage to 8 strings was natural but not easy. Since many years I play in all fourths tuning (E-A-D-G-C-F) so technically I did not have to study new forms toward the low end.

The physical approach was more challenging. It took time to play something with it. The first weeks it was a disaster. The scale of the guitar (as suggested from the wise Manne) is slightly longer, to get good tension on the lows.

Then I dealt with all the features and found a .013 gauge set of jazz flatwound strings (to .100) that gave me the perfect round lows and the hard attack of a solidbody, but having much more sustain of a jazz guitar. (I had a carved jazz guitar before). The notes sound full and solid all along the fretboard.

The result is that now I hardly play any other guitar. I cannot do bends on the 8-string but this was not something I want to do with this guitar. So in the end, 8 strings was a good choice, offering more possibilities, not just because you have more notes but because you have them in playable positions. Impossible chords on 6 strings (but so simple for example on a piano), become often easy. Sometimes simply lowering a note by an octave even in a trivial voicing, really changes everything. 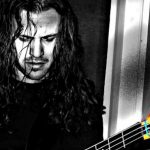 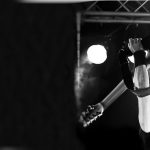