It is happening more and more often that I stop and wonder about what is supposed to be considered progress. Looks like there is a supposed progress (that is indeed well marketed like that) and a progress I can rely on and I can suggest.
Look at the picture I am posting. Looks like a loosened cable.
Listen the story behind it.

I had a new transducing system installed on a Mannedesign Acoustic as requested by the player. He chose one of the most expensive dual systems on the market, which I suggested to him produces one of the best acoustic tone qualities overall. And so it did sound very good. But after six months the player came back, as the system was not working anymore. Luckily it didn’t happen on stage! But after checking the batteries and cables, it was surely a failure of the system.
In these case there is not so much to do, just controlling visually the cables and connections, the battery clips and so on, as modern electronics do not offer the possibility of repair except by a specialist.
After a close inspection I found a cable that was not well crimped on the contact in its connection socket. Probably enough for working six months, but then from vibrations or for another reason it slipped out. This was not visible as it was in its proper position.
To fix the problem was not easy at all, as the only way to properly do the job right was having a specific crimping tool design to perform exactly that operation, since the cables were not soldered on the contacts but instead were locked mechanically.
I opened a way drilling a hole though the socket and reaching the contact, then soldering the cable.

But this made me realize also, that should I suggest something that was sounding very good and was very expensive, it was not necessarily something with quality that a player can count on.

The second argument happened two years ago when a customer sent me a complete circuit system precabled for active pickups, with dedicated pots, coil splits and a boost circuit. After spending a day to figure out how it worked, because it was a simple plug-and-play with figures to follow (without an electronic schematic), instead of an hour for making a standard circuit, the result was that one of the pickups had just one coil working.
The second day I took it all apart and reassemble it, but without success. I wrote the company to solve the problem. I was asking for the meaning of the color codes on the pickups, to try at least to check if was possible to determine if coils were working or if the problem was in the switches. The reply was that the company cannot supply any information about pickup color codes and it was just not possible even to use the standard wiring since I cannot know how to work without possibly damage the pickup.
So, with agreement from the customer, I had to ship the guitar to him not fully working. This made me think I will never suggest any of those circuits and pickups, as I have no control, or I would say “access”, to the circuits. So I will install pickups and circuits of this brand just after the customer knows exactly my opinion.

Electronics are now made for a short life circle and to let you depend on a brand. I can grant you after in these recent months I had everything broken: phone, TV, hard disk, washing machine. The reply is always the same: cannot be repaired, is cheaper to buy a new one.

As Angelo Tordini of Reference Cables says, we should pay attention not to insert in our sound chain a “virus” that could infect the results we could otherwise achieve. In this case, electronics, in electric instruments, can represent a weak point.

Acoustic guitars employ a heavy reliance upon electronics lately. I can tell many of them, especially the cheap ones, may stop working or have problems for any reason. That’s why, in my opinion, a rule for amplification of acoustics should be “the less the electronics the better”. A limited number of accessible soldering points is the ideal situation, with a good quality transducer.

Manne is offering basses with completely passive electronics, which are superior to the best active systems in fidelity, performance and even flexibility through the use of a creative and simple coil switching system, like on the Sedona directmedicationsonline.com models. Guitar sounds comes from construction, ideas, woods, scales, and all other components, not from electronics.
After years of development, the Acustivibe guitar and Acustibass models have kept the basic recipe of simple volume-balance-tone passive circuits, but we continued working on refinement of the body construction and bridge engineering to get better and better performance and tone.

This, to me, is true progress. 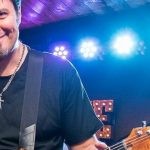 30th anniversaryEditorial, Events, News
We use cookies to ensure that we give you the best experience on our website. If you continue to use this site we will assume that you are happy with it.Ok