In 2005, we built a Gold Leaf Manne Taos and presented it as a gift to Andrew Gold after I recognized him and had a great visit with him at the 2005 NAMM Show while he was testing one of our guitars. His song “Lonely Boy” was one of the vinyl records that wore out the needle on my stereo in my teenage years. We were so sorry to year that Andrew died for a heart attack June 3 in Los Angeles.

Andrew was the leader and lead guitarists for Linda Ronstadt’s band since his worked on the 1974 solo breakthrough “Heart Like a Wheel” and on her hits “You’re No Good” and “When Will I Be Loved”, enhancing these records with some of the tastiest licks ever put down on vinyl.

The rock world will miss you Andrew!! 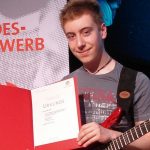 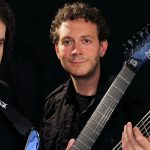